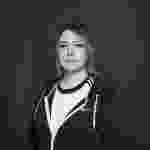 What do you do at IUCSF?

I’m an emotional and mental health presenter, so I go into primary schools, secondary schools, football clubs etc and talk to young people about the importance of good mental health and looking after ourselves. I get to travel all over the country and meet some pretty awesome people! No two days are ever the same and that suits me just fine.

Describe why you’re at IUCSF?

My brother Ryan took his own life when I was fourteen and the fallout from this literally tore my family apart. We received no support apart from that which some of us sought out for ourselves, and as the years passed, my mental health deteriorated to the point that my friends had a bit of an intervention. I took action (which was VERY hard) and spent a while getting myself ‘back to normal’ with the support from those around me. I realised ‘normal’ didn’t really exist with Ryan gone and never would again, but once I was fighting fit, I felt as though I wanted to do something to try and stop other families experiencing what we went through. I’d become aware of If U Care Share about six years after losing Ryan and followed them on social media, so when the vacancy was advertised I seized the opportunity. And here we are now!

If you could travel to anywhere in the world, where would you go?

If I could travel anywhere then why stop at one place? It’s way too big for that! I wanna see it all…….

What are some things that make you happy?

Hmmm, some things that make me happy include food. No foods in particular, I’m not judgemental and love all the food! Although I have got a soft spot for tapas and a medium rare steak. Other things would be my little cat Whistler, we’ve been companions since 2010 and are inseparable at home; my friends, they’re all absolutely unique completely perfect; my family; bingeing on books, movies and box-sets; adventure holidays; fudge.

What is your favourite biscuit, and why?

I like shortbread dipped in strawberry jam, because why not?

FYI - The Hogwarts robes were left over from a halloween party in 2015, just putting that on the record.